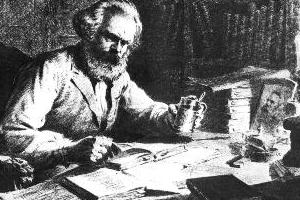 I am a socialist because I simply refuse to accept that the richest country on earth “can not afford to” provide housing for all, employment for all, guarantee a means of subsistence to all who work, provide universal healthcare, and not exploit the third world. Somehow, it is “unethical” to seize the means of producing wealth in our society, a society that has expropriated an amount of wealth equal to what the bottom half of humanity (3.5 billion people) owns, into the hands of just 5 people, and does not give it the people who produced the wealth in the first place (who themselves live in extreme poverty). Yet somehow it is “ethical” to allow 100 million people die preventable deaths from hunger, poverty, treatable diseases and lack of access to essential (yet abundant) resources every 5.5 years, deaths by the way, that are directly attributable to capitalism. Somehow it is “ethical” to rob Africa, India, Asia, the Middle East, and Latin America of their resources and labor for U.S. corporations and economic interests. But it is “unethical” when one of those nations stands up for their people, against the foreign and domestic capitalists who de facto own that country’s political system, but it is “ethical” when that country is attacked mercilessly by the United States and CIA, overthrown and replaced by a government subservient to US imperialism.

I am a socialist because history demonstrates that every economic system and country in the past (primitive communism, slavery, feudalism, and yes, capitalism too) has a beginning, a middle and an end, that going from one to the other often fails at first, and is often rigidly authoritarian and disastrous before eventually it becomes the dominant system in a less extreme form. And if you think that capitalism and the American empire are somehow exceptions to the laws of history then I think it is you who are on the wrong side of history.

I am a socialist because we live in a world where there are 5 empty homes for every homeless person, because there are billionaires with 20 yachts at the same time as there are millions of children without shoes, food, or shelter. I am a socialist because capitalism has outlived its historical necessity, because private property (meaning the private, dictatorial ownership and control of industry and the entitlement to what others produce by a small minority) is fundamentally immoral and wrong. I am a socialist because the working class, the class that makes up 95% of our population and produces ALL the wealth in our society, is robbed of the fruits of their labor by the capitalist class that does no work of its own, but lives on the labor of others.

I am a socialist because I was raised a Christian, and because I was always taught by my parents to have empathy and compassion for the poor and oppressed, for the less fortunate. To be a socialist is to look at the world and say that we as a species can do better than this. It is to look at vast amounts of wealth amongst vast amounts of poverty and to say that this is fundamentally wrong. It is to recognize, as Kropotkin put it, that “everywhere you will find that the wealth of the wealthy springs from the poverty of the poor”. It is to recognize, as Marx put it, that, “The workers have nothing to lose but their chains. They have a world to win!” It is to recognize that capitalism is fundamentally based on exploitation and theft. It is to recognize that the “ethics” of capitalism are opposed to the ethical and moral principles of every single major religion, that the current socioeconomic system we live under is fundamentally immoral. In a word, it is to care about the poor and oppressed.

That, in a nutshell, is why I am a socialist.