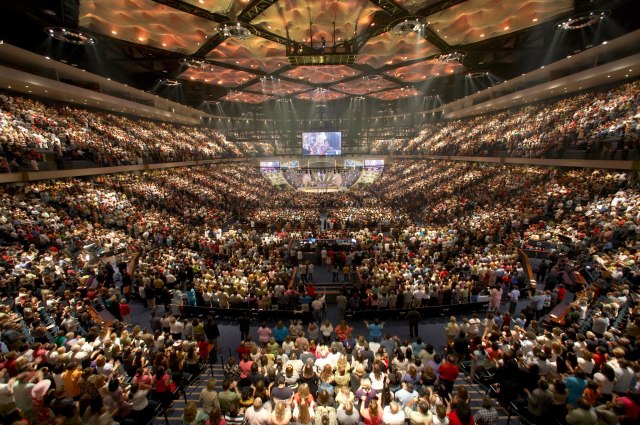 45% of Americans believe the universe is less than 10,000 years old. How did we get here? I had thought most everyone accepted the big bang theory and the theory of evolution as a scientific fact. This statistic terrifies me. If you make it a war of science vs. religion, science will always win. Evolution and the big bang are theories backed by mountains and mountains of scientific evidence. Creationism is a great creation myth, but it’s literalism is just that, a myth. I’m sorry but outside this ancient text, these ancient scribblings, written by men, perhaps inspired by God as I and many Christians believe they are, there is no actual scientific evidence for the universe being 6000 years old. In fact, the scientific method illuminates empirical truth through reason and skepticism, it reveals that there is not one shred of evidence for such a claim.
The modern conception of God to many Christians is, in my view, horribly wrong. God is not supposed to be, as Neil DeGrasse Tyson put it, “an ever receding pocket of scientific ignorance”. God is not some being that acts directly through some hitherto undiscovered scientific mechanism of action. 45% of Americans are ignorant of, or blatantly in denial of, basic scientific fact. When they discover the truth, many of them will abandon religion altogether as I once did. This will no doubt spark a nietzschean moral and existential crisis, the likes of which have never been seen in Western society. The Creation Museum is a museum of human ignorance. For every one person it “saves”, ten more are irrevocably turned away from the Christian faith, for Christianity becomes, in their mind, merely a testament to the ignorance and stupidity of the dark ages.
The denial of reason and the embrace of superstition is not a testament of faith, but on the contrary, it is evidence of a faith so weak that it has to deny and attempt to bury any and all rational arguments against it. The true testament of faith is found in one who accepts new evidence against old interpretations of scriptures, one who subjugates their religious convictions to the light of reason and scientific evidence, who asks questions and does not dogmatically follow the flock.
If you claim that the only way there is a God is if evolution is a “satanic conspiracy” and the big bang is a “hoax”, then I would claim that there is no God. But this rigid, literalist interpretation of Christianity is not the only one in the least. Many Christian sects are coming around and saying that there is no contradiction between science and religious belief, that the evidence of the big bang and evolution is evidence that our literalist interpretation of scripture is wrong.
But I go one step further. I claim that while I believe in God, I also believe a time will come when virtually every single phenomenon will be explained by science and the laws of physics. The backward view of God as this ever receding pocket of scientific ignorance will be abolished and thrust into the dustbin of human ignorance. God, as we believers understand him, will take on a radically different form. I do not claim this form will be inherently atheistic, but that it will do away with the ignorance and rigidity of the religions of the past. This, of course, will affect all existing religions, not just Christianity.
Christian institutions, and indeed all religious institutions, in every epoch, justifies and ideologically reinforces the prevailing socioeconomic order (hitherto in slave, feudal and capitalist societies, forms of oppression and exploitation). Modern bourgeois Christianity takes Americanism and turns American Fundamentalist Christianity into a civil religion that directly justifies U.S. imperialism, military expansion, the police force, economic exploitation, oppression of minorities, violence, and decadence of our capitalist order. Even more so, it declares America to be “God’s chosen nation today”. But nothing could be further from the truth, nothing could be more in opposition to Christian moral values than capitalism and imperialism. A billionaire is to a Christian as Ted Bundy is to Saint Basil. There can be no comparison.
Even worse is the social hostility of modern Christians towards women’s and LGBT+ rights. Such abominable and backward views are ethically anti-Christian, yet those adhering to the alleged infallibility of the Bible ceaselessly defend such backwardness in the name of religious freedom. Christianity is thereby turned from a religion which proclaims God is love into one that proclaims God is hate.
In a word, what modern Christianity needs to do is to break away from its scientific ignorance and its ceaseless defense of capitalism and imperialism. The tool to do this, I believe, lies in Liberation Theology. But what is also needed is a historical materialist critique of Christianity through the ages (slave, feudal, bourgeois) and how our religion is alienated from itself in each epoch and used to justify oppression and exploitation, how our religion must adapt institutionally to condemn capitalist exploitation and defend socialist democracy if it is to truly take on a Christian character.