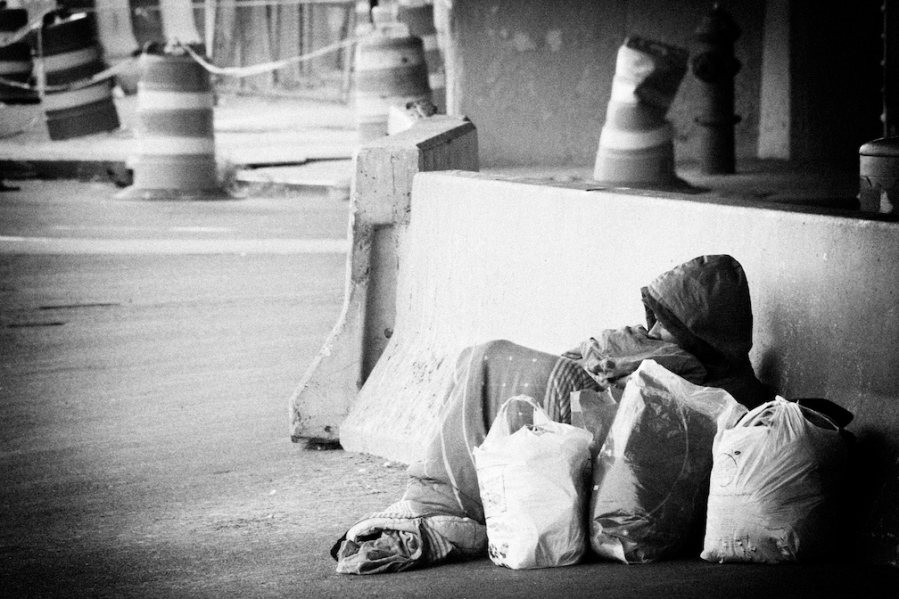 Any elected official with any real power that does not make the abolition of homelessness a concrete goal is guilty of crimes against humanity in my eyes. At present, that is almost every elected official, republican or democrat, in the country. When you give food to the homeless do not be fooled for one second into thinking that you are doing a “good deed”, on the contrary, you are doing what society should have been doing all along. By merely allowing homelessness to exist, our entire society is guilty of unspeakable crimes against humanity.
In honestly investigating the root of this problem, one can come to only one conclusion: our capitalist order has to die so that humanity may live. We need abolitionists for homelessness just as we needed abolitionists of slavery 200 years ago. It is an unspeakable atrocity that we can de facto force people to go sleep outside in the cold, to have to dig through the trash for food, to be barred from entering stores like animals. We have so many homeless people, and even more empty homes. Why is this? Because capitalism values the exchange values of commodities instead of its actual use value. In a word, it values profit over human needs.
It cannot be reformed to be “more humane”, you cannot have “capitalism with a human face”, it can, will and inevitably must be abolished and replaced with the introduction of industrial democracy, the abolition of private property, the abolition of the production merely of exchange value and its replacement with production explicitly for use value. There is no other way to permanently abolish this grave social evil. It’s continuation in even the most advanced countries is an abomination, a stain on humanity, and on our history. We are not civilized, we are barbarians so long as we continue these crimes!
To quote Hélder Câmara, “When I give food to the poor, they call me a saint. When I ask why they are poor, they call me a communist.” This is the view we must take, it is not enough to give food to the poor. Hunger itself must be abolished. It is not enough to feed or give money to the homeless, to volunteer at a homeless shelter. Homelessness itself must be abolished. This is not some utopian dream. We know we have the productive capacity as a society to do this 5 times over, but the ruling class consciously or unconsciously, chooses not to.
Homelessness is an act of class war, and the response we should take to it must be an act of class war as well. This time, not against the helpless poor but against the super rich, against the slumlords, against those who own empty homes and apartments and allow them to deteriorate. But even still we must go even further, we must eradicate the very root of the problem: capitalism. There is a very real class war in America, and currently that war is being waged almost exclusively by the bourgeoisie, not even our billionaires deny this fact! To quote my fried, comrade, and fellow blogger Christian Chiakulas (who’s blog you can find here):

“In a world that produces enough food to feed each and every one of us, starvation is violence.  In a society where vacant houses outnumber homeless people six to one, homelessness is violence.  A country in which health insurance companies rake in billions in profits while leaving nearly thirty million people uninsured and unable to access medical care is a violent society.

This is the everyday violence of capitalism – if it is profitable to let somebody die, or languish in abject poverty, we do so.  That is a violent society.”

History will not remember our current society well. In the history books, the pages of early 21st century America will be filled with pictures of the homeless, the poor, those who could not afford healthcare, our imperialist wars, and the minorities who fought and died for real social equality. I would bet that such pages will also include the acknowledgement of the absurdity of the capitalist system, its inability to address these social ills, and the barbarity of our modern bourgeois society.
History is in our hands. We must do our duty according to our lights, to the lights of reason and compassion, and leave the final verdict to God and to history.